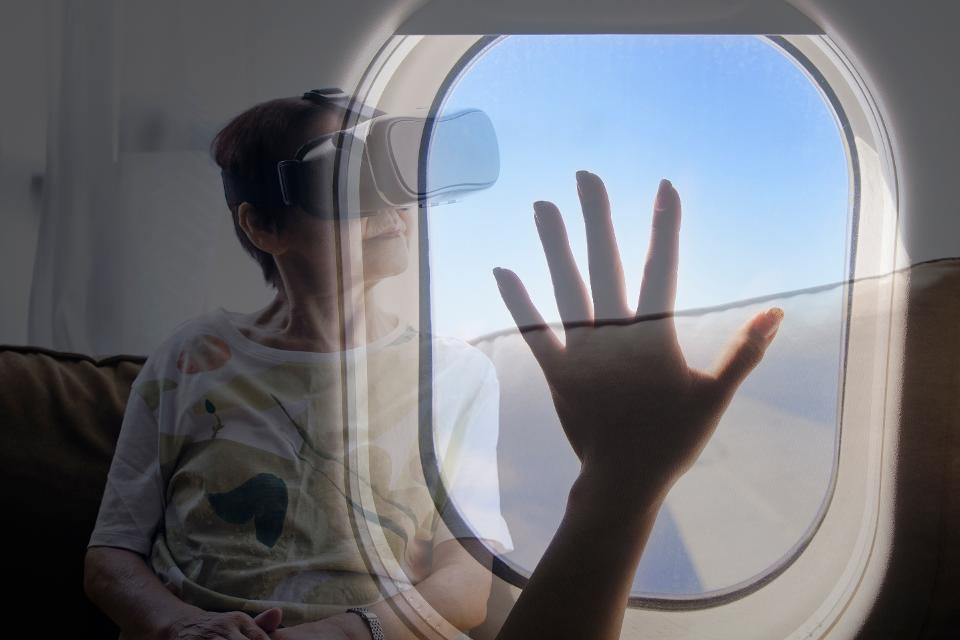 Imagine the future of entertainment just a few years from now. Virtual reality (VR) hardware and headsets are finally comfortable and stylish enough for mainstream consumption, and the sound quality is crisp and clear. Imagine yourself settling into your airplane seat as the flight attendant comes down the aisle with drinks, snacks and one of these state-of-the-art headsets, which will immerse you into a world far more visually exciting than the inside of a plane.

Or maybe you slip on your headset in the dentist’s office. The sound of the dentist’s drill will fade away, and you’ll be instantly transported to another time and place that’s less uncomfortable. You’ll watch classic movies and television shows that look like an IMAX screen right before your eyes. Concerts and games will surround you in 360 degrees of sound and vision and you can experience a Ted Talk from a front row vantage point.

An Expedia/St. Jude Children’s Research Hospital collaboration, “Dream Adventures,” brought hospitalized kids in touch with adventurers and explorers around the world via 360-degree video. But just imagine: what if those children could be completely immersed in the experience and even hear the sounds and see spatially accurate locations in the distance as if they were really there?

The good news is that the technology to create this kind of entertainment experience in VR is advancing almost daily, and now with a combination of the latest binaural audio and photogrammetry, this is all just now becoming truly possible for the first time.

VR experiences have the power to capture the imagination and draw viewers into an entertaining and immersive experience. In 2012, Coachella crowds were amazed when a computer-generated Tupac Shakur “appeared” on stage with fellow hip-hop artist Snoop Dogg. More recently, Elton John and his team digitally recreated two of his most memorable concert performances from the ground up in VR to promote his upcoming 2018 farewell tour.

For motion storytelling to really take advantage of this new technology, it will have to learn from the past. James Cameron understood and perfected 3D by choosing the right moments to deploy it. Just like too much 3D can be distracting and nauseating, VR should be used carefully to pull viewers into the story in a way that is immersive and compelling. Imagine watching Saving Private Ryan and during the landing on the Normandy beaches, director Steven Spielberg slows everything down for 30 seconds to let viewers look around in 360 degrees at the chaos breaking out around them.

Even though we still have to wait for hardware headsets to become more widespread among entertainment consumers, the rest of the technology is ready now to make 360-degree user interaction available to the home viewer. The technology is there — so let’s start making more engaging channels.

Delivering immersive TV to all

These VR technology solutions could be used to make more engaging channels; why not launch the first 360-degree custom Twitch channel, for example?

Twitch, the popular online service for watching and streaming digital video broadcasts, is the ideal venue for combining state-of-the-art video experiences with community interaction. Originally founded in 2011, Twitch is best known for streaming videogamers, but it more recently added other types of content such as cultural channels for talk shows, cooking shows and even TV series such as the 24-hour Bob Ross Joy of Painting channel.

The service currently has two million unique monthly streamers and more than 17,000 users who earn money through the Twitch Partner program, a service that provides streamers with added features such as paid subscriptions and ad placements. Even though Amazon purchased the service in 2014, it remains free, and users do not have to sign up or log in to enjoy the programming.

The future of home VR entertainment includes 360-degree VR channels on Twitch as an additive technology. This approach will combine a 360-degree experience with Twitch’s interactive streaming platform. Content creators will also be able to leverage Twitch’s monetization features such as advertising, subscriptions, sponsorships, merchandise, real-time chat, and on-screen emojis.

Imagine if a major pop music star wanted to give fans more access to her experience on the road. She could hire someone to film her go about her daily business with state-of-the-art 360 cameras and live stream the footage to Twitch. Fans who tuned in would feel like they were really hanging out backstage with the star, flying with her in her private jet, or sharing a coffee in her kitchen at home. Of course, they’d be able to experience her concerts as if they were standing right there and check out backstage areas at her concerts as well.

There would also be opportunities for fan interaction thanks to Twitch’s Chat on Videos feature  — free-floating bubbles that let fans comment on everything that is happening on screen, from the pop star’s dance routine to the one fan at the concert who doesn’t know the words to a classic hit.

Venue windows would also be able to take viewers from one moment to another; the user data drawn from this could be used to enhance the experience. A moderator could escort viewers from venue to venue in this 360-degree world. If many viewers in a particular scene look at a particular object — may be a guitar or even something small in the background — that moderator could direct other viewers’ attention to the same object, encouraging even more interaction among fans.

Of course, there are many technical issues to solve in order to make this vision a reality — but it’s only a matter of time before it happens.

One could imagine programming a brand new channel on a platform such as Twitch of musical acts performing at one specific bar in Los Angeles, for instance. The channel could be called “Live at the El Rey” and have a curated playlist of musical acts that you could watch and listen in 360 with your headset as if you were in the front row of each amazing performance, even if you’re in a hospital bed in the other side of the country. This requires recording these musical acts in a consistent, high-quality manner with technology that already exists and is waiting to be exploited.

In the short term for what it’s worth, along with 360-degree experiential channels, you could also repurpose classic television programming and launch a 24/7 channel similar to Twitch’s existing Bob Ross Joy of Painting channel on these social networks. You could repurpose intellectual property that’s not being utilized to bring forgotten favorites to a new generation in 360-degree VR, streaming episodes of the iconic ‘60s pop music sitcom The Monkees on its own Twitch channel, for example. That series honestly lends itself to all the opportunities Twitch provides for home entertainment, so it is only a matter of time before this all happens.

You could then create a whole online ecosystem around the content, starting by building and growing social media pages for the series about four pop musicians living together in a California beach house. Social media will drive the traffic, e-commerce merchandise sales, and custom bitmojis on Twitch in addition to advertising and sponsorship opportunities. Long-term plans could include repeating this plan with other IP and other platforms, and then creating spin-offs and sequel content that would be shot with VR in mind from the beginning.

Most importantly, this technology can and will transform the nature of both entertainment and education. It won’t be long before 360-degree programming will place viewers in the driver’s seat of a flying car or face-to-face with the “Mona Lisa.” All of these experiences will be available to viewers from the comfort of their couch and the convenience of their phone, tablet or other devices. The opportunity to be among the first to bring this type of entertainment experience to home viewers is filled with creative possibilities, both for the viewers and the creators.